This traditional Lebanese peasant soup is easy to make, cheap and nourishing, and tastes far more exotic than the rather basic sounding ingredients suggest.

This soup has lots of typical flavors found in Lebanese cuisine: the fruitiness of extra virgin olive oil; the sourness of lemon; the tanginess of yogurt; and the earthiness of lentils. You can taste each ingredient individually, yet no one flavor overpowers another — they’re all subtly blended to achieve a delightful balance of flavors.

Another unique aspect of this soup is its texture, which we thicken by blending half the soup at the end of cooking, and then stir the puree back into the pot. It gives the soup a really satisfying mouth feel and turns what could be a watery lentil-veggie soup into one with much more substance — especially when a dollop of thick, creamy yogurt is added to each bowlful at the end of cooking.

You can eat this filling soup as a main meal in its own right with some bread on the side. It’s our idea of hearty comfort food to nourish and warm the body, especially on cold nights. You can substitute frozen chopped spinach for the fresh spinach if you like. We’ve also found that using canned brown lentils saves time without sacrificing taste, but of course it’s even cheaper to use brown lentils that you’ve cooked yourself from dried.

Lebanese lentil and spinach soup
Serves 4
This traditional Lebanese peasant soup combines the earthy flavor of brown lentils with spinach, cumin, fresh mint, and a dollop of yogurt.
3 tablespoons extra virgin olive oil
1 onion — finely chopped
2 garlic cloves — finely chopped
1 potato — peeled and diced
1 teaspoon ground cumin
1 tablespoon finely chopped fresh mint
4 cups firmly-packed fresh spinach — roughly chopped
14 oz (400g) canned brown lentils — rinsed and drained
5 cups vegetable or chicken stock
1½ teaspoons salt
½ teaspoon freshly ground black pepper
1 tablespoon lemon juice
4 tablespoons Greek yogurt
HEAT 2 tablespoons of the olive oil in a large saucepan over a medium heat and cook the onion for 5 minutes. ADD the garlic, potato and cumin and cook for another 3 minutes. ADD the mint, spinach, lentils, stock, salt and pepper and bring to the boil then cover with a lid. REDUCE the heat to medium and simmer for 15 minutes. PLACE half the soup in a blender or food processor, process until smooth, then return to the soup pot. STIR in the lemon juice and remaining tablespoon of olive oil. LADLE the soup into bowls and swirl a tablespoon of yogurt into each bowl just before serving.

Variation: You can substitute frozen chopped spinach for the fresh spinach if you like. We’ve also found that using canned brown lentils saves time without sacrificing taste, but of course it’s even cheaper to use brown lentils that you’ve cooked yourself from dried. 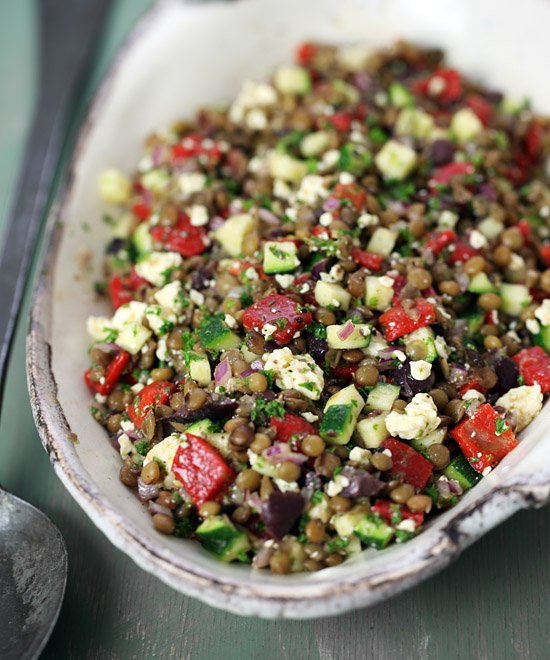 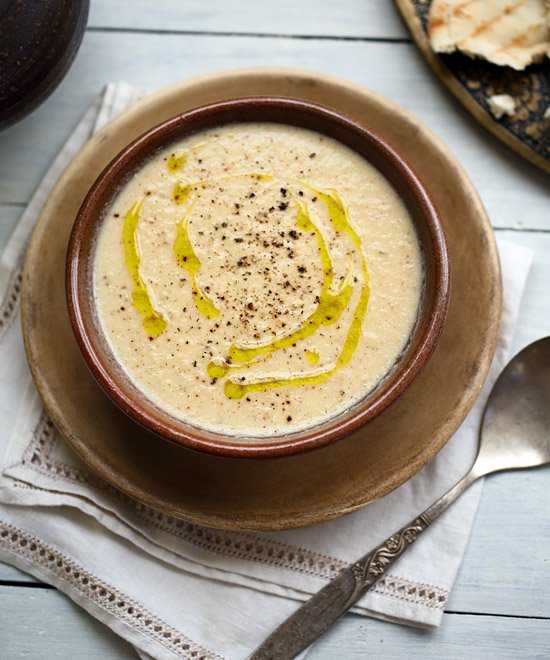 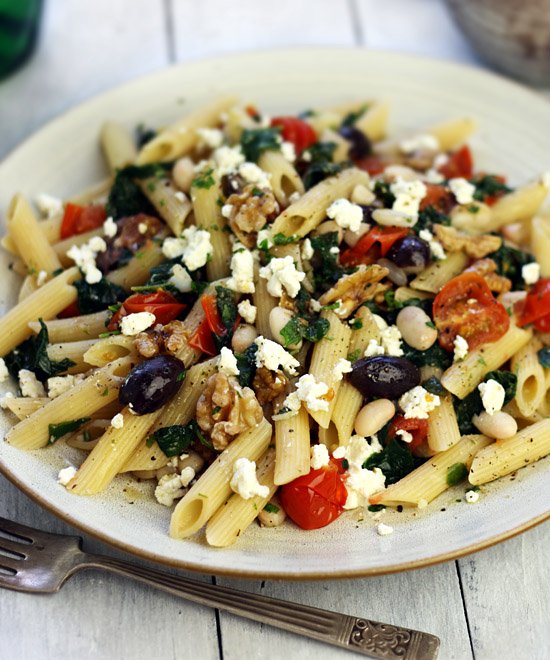