Stir-fried noodle dishes are very popular throughout Asia, including classics like pad Thai and chow mein. Stir-fried noodles are also popular in Japan, especially Yakisoba which literally means “fried noodles.” It’s traditionally made with stir-fried noodles, vegetables and a little pork or chicken.

You would think that with the word “soba” in the title that yakisoba would use soba (buckwheat) noodles. But the term soba is historically used in Japan to describe any long, thin noodles. And yakisoba typically uses thin wheat noodles.

But we’ve found that soba noodles work really well in stir-fries, so in this version of yakisoba we’ve used actual soba noodles. And instead of pork or chicken, our meat-free version uses edamame beans as the main source of protein. This dish is so tasty and comforting as well as easy and inexpensive. 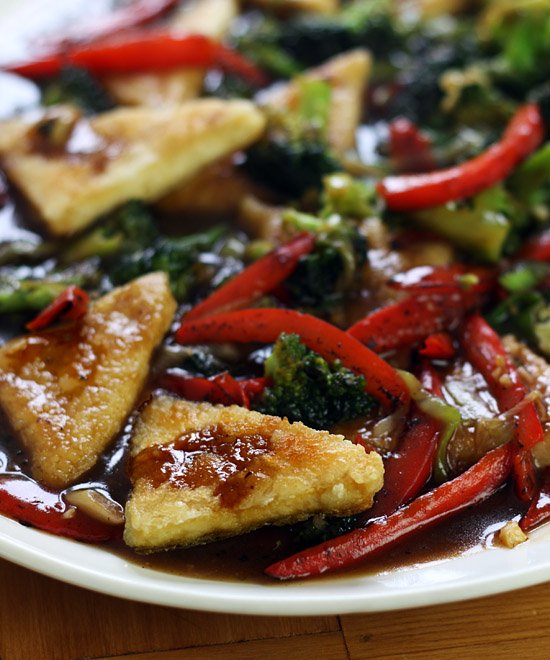 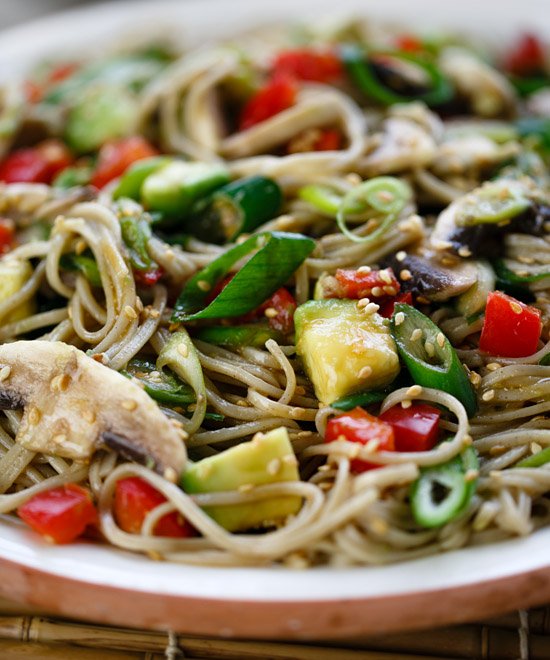